A Tribute to John Kominicki 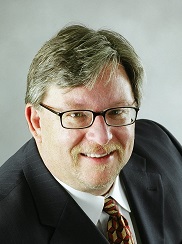 We were deeply saddened to hear of the passing of one of our local heroes: Journalist, publisher, wellspring of ideas and ever entertaining and insightful master of many ceremonies, among other things: John Kominicki.

As publisher of the Long Island Business News – the position that first brought him to grace our Island — John not only practiced excellent business journalism but served as a great force for the dissemination of broader ideas and the advancement of the common good. Highly intelligent, exceptionally well rounded, and deeply influential, he had a knack for recognizing and convening great people. His sense of humor made everything he did fun…and real.

Our personal experience of John relates to our involvement with Vision Long Island. As a founding board member in the early 2000s John offered full page ads in LIBN to help our motley little crew of community oriented folks advance Smart Growth; a complicated, interest-bridging idea that few understood, much less supported. That was huge, but really the least of what he did for us. When we think about all those who helped build the momentum that effected the amazing Smart Growth Summit we got to marvel at a few weeks ago, John figures prominently. Really, though, that was among the least of his contributions to this funny Island he chose to make his home.

In addition to his major contributions to journalism on Long Island, we believe John’s various efforts to advance the innovation economy and broader economic development were deeply significant. We were very excited to see how his qualities would manifest as the new head of the LI Press. Now, we are hopeful that he is on to some greater assignment.

Here are a few of the many tributes, each worth reading in their own right:

John, In his own words, and here accepting an award for being an Outstanding LI Journalist.

Said Vision Long Island in their Smart Talk Newsletter, “There are very few people as unique and dynamic as Mr. Kominicki. Certainly someone who made his mark in almost any area and group of people he put his focus into. We were honored to have worked with him and prayers go out to his family, colleagues and loved ones.”

Said Jed Morey of Morey Creative Studios, “John was a journalistic giant on Long Island without exaggeration. Yet LI was only one part of his long, glorious career and we were lucky to have him for as long as we did. He balanced journalistic integrity with keen business sense better than anyone in the game. Period. He was sharp. Clever. Funny as hell. Going toe-to-toe with him on a panel was an exercise in futility because he simply had more literary, cultural and political references immediately available in his back pocket. When he took the helm of the Long Island Press it was a triumphant moment of validation for our work all those years. A seal of approval from the best of us. There are so many people that will be hurting from this news. Prayers and love to his family. John, you could have taken your talent anywhere but you chose Long Island and for that we are forever grateful.”

In honor of John and his endeavors to help us recognize so many notable Long Islanders, we will be making space here to remember people whose lifetime contributions to the Long Island community continue to inspire us. As we formalize plans for precisely how to do this, we invite you to submit nominations of folks you find worthy of enduring remembrance..

Wherever you are now, John, please accept our great thanks. Our hearts are with all who love you.