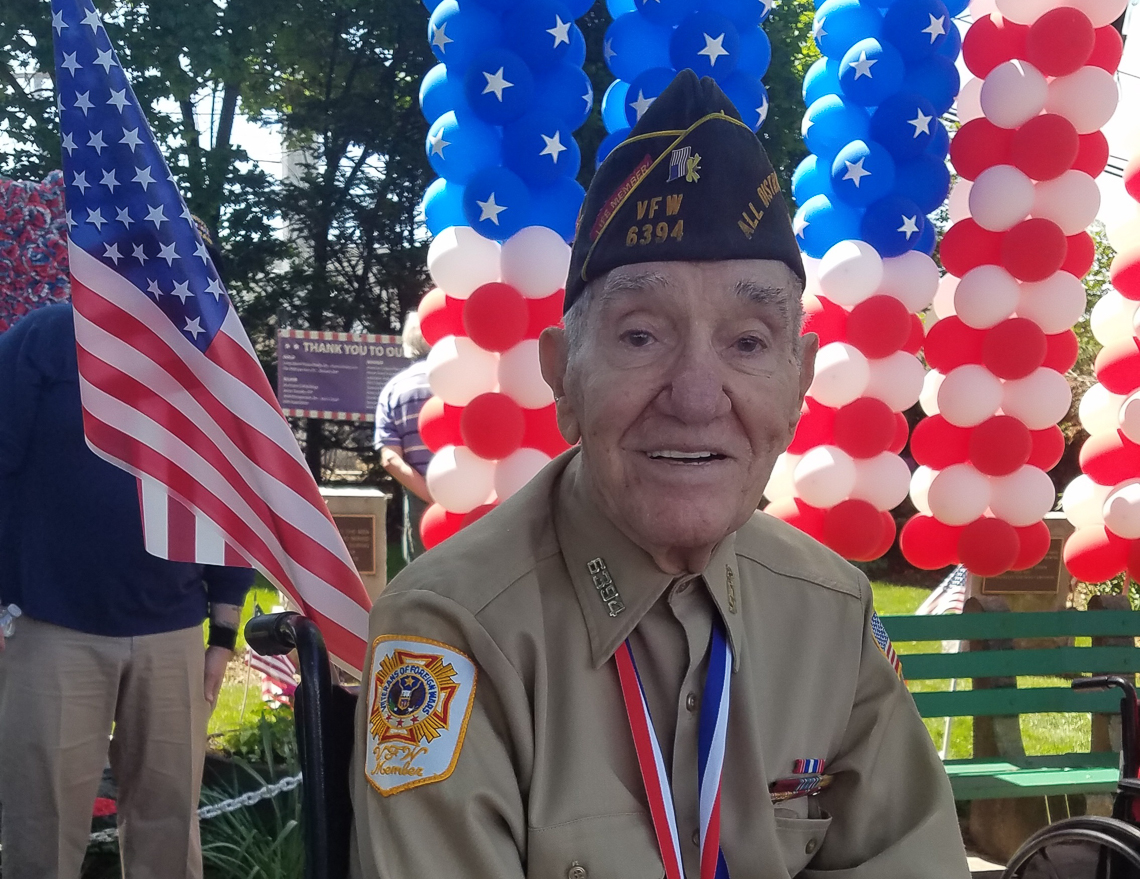 We are deeply saddened to hear of the passing of Costantino “Gus” Scutari, shortly after his 99th birthday.

Gus dedicated his life to promoting good, thoughtful citizenship, love for our country and properly honoring our nation’s fallen military service folk. The proud Americanism Chairman of Nassau County, Gus is perhaps best known in Syosset for his dedication to the Memorial Day Parade. Among our Scouts, he was also well known for faithfully attending every Eagle Ceremony, where he would honor all those who achieved that high rank with an American Flag pin.

It was an honor and a privilege to have this gentleman as a fundamental part of our community. Here are stories of his life, things that mattered to him, and bits of his wisdom that he shared with us a few years ago.

Here’s a little video from the 2019 Syosset Memorial Day Parade, which, with a little help from his friends, he organized from his room at the Cold Spring Hills Nursing Home last year. Here are some photos from that day.

Here is Gus, in his own words, telling the story of when his destroyer, the U.S.S. Haynsworth was hit by a Kamikaze during World War II. He always counted himself very lucky that he didn’t have to see the worst of that, and was ever mindful of so many – during that conflict and others – who did.

We feel we are better people for having known Gus. Our hearts are with all who love him. He will be dearly missed.